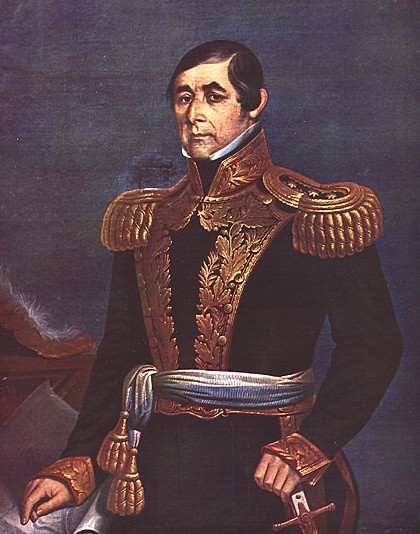 José Fructuoso Rivera y Toscana (17 October 1784 – 13 January 1854) was a Uruguayan general and patriot who fought for the liberation of Banda Oriental from Brazilian rule, twice served as Uruguay's President and was one of the instigators of the long Uruguayan Civil War. He is also considered to be the founder of the Colorado Party, which ruled Uruguay without interruption from 1865 until 1958. He made a controversial decision to almost completely eliminate the native Charrúa during the 1831 Massacre of Salsipuedes. Provided by Wikipedia
Showing 1 - 6 of 6 for search: 'Rivera, Fructuoso, 1789-1854', query time: 0.05s
Search Tools: Get RSS Feed — Email this Search