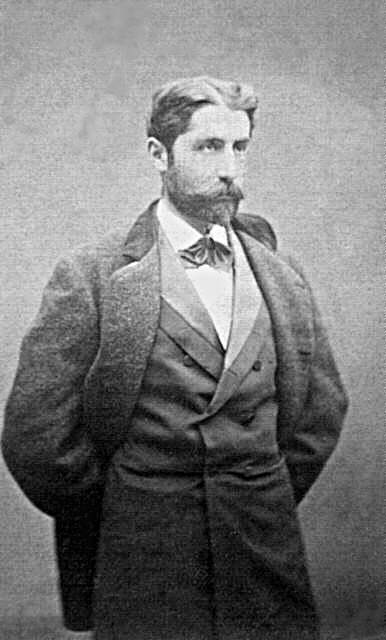 Grousset was born in Corte, Corsica, and studied medicine before commencing a journalistic career. In 1869 he began working for the weekly newspaper ''La Marseillaise'', writing pro-revolutionary articles. As a result of an attempt by Grousset to challenge Pierre Napoleon Bonaparte to a duel during 1870, Grousset's second, Victor Noir, was shot and killed by Bonaparte during a quarrel. Later the same year Grousset was sentenced to six months imprisonment. He was elected a member of the Paris Commune, becoming a member of its Executive Committee and Delegate for External Affairs.

After the fall of the Commune, he was arrested and, in 1872, he was deported to New Caledonia. He escaped, and lived in Sydney, San Francisco, New York City and London, making a living by teaching French. He returned to France after the 1880 amnesty, becoming involved in literature and physical culture, but eventually returning to politics and, in 1893, becoming a Socialist Deputy for the 12th arrondissement of Paris.

Like Jules Verne, he was another discovery of publisher Pierre-Jules Hetzel. He "collaborated" with Verne on ''Les Cinq Cent Millions de la Begum'' (1879), ''L'Étoile du Sud'' (1884) and ''L'Épave du Cynthia'' (1885). Some scholars believe that these works were based on manuscripts written by Grousset and rewritten by Verne at Hetzel's request.

One of Grousset's most interesting science fiction novels was ''Les Exilés de la Terre – Selene-Company Limited'' (1887), probably one of the most fanciful cosmic tales of all times. In it, a consortium which intends to exploit the Moon’s mineral resources decides that, since our satellite is too far to be reached, it must be brought closer to the Earth. A Sudanese mountain composed of pure iron ore becomes the headquarters of the newly established Selene Company. Solar reflectors are used to provide the energy required to convert the mountain into a huge electro-magnet, with miles of cables wrapped around it. A spaceship-observatory is then built on top of the mountain. When the experiment begins, the mountain is ripped away from the Earth and catapulted to the Moon. There, the protagonists have various adventures and eventually return to Earth by re-energizing the mountain.

Other notable works by Grousset published under the Laurie pseudonym include ''De New York à Brest en Sept Heures'' [New York to Brest in Seven Hours] (1888), which predicted a transatlantic tunnel; ''Le Secret du Mage'' [The Secret of the Magician] (1890), in which evidence of an advanced prehistoric is discovered; ''Le Rubis du Grand Lama'' [The Ruby of the Great Lama] (1894), which features a steam-powered flying island; ''Atlantis'' (1895), which describes how the mythical kingdom has survived under a glass dome at the bottom of the sea near the Azores; ''Le Maître de l'Abîme'' [The Master of the Abyss] (1905), which features a revolutionary submarine, and finally ''Spiridon le Muet'' [Spiridon The Mute] (1907), a remarkable novel about a human-sized, intelligent ant. The character of Spiridon, depicted as a non-human alien, gifted with great knowledge, an insatiable scientific curiosity but no human feelings or emotions, the victim of mankind's petty jealousies and racial fears, is a striking departure from the Vernian influence that permeated the rest of Laurie's works. Provided by Wikipedia
Showing 1 - 12 of 12 for search: 'Laurie, André', query time: 0.06s
Search Tools: Get RSS Feed — Email this Search